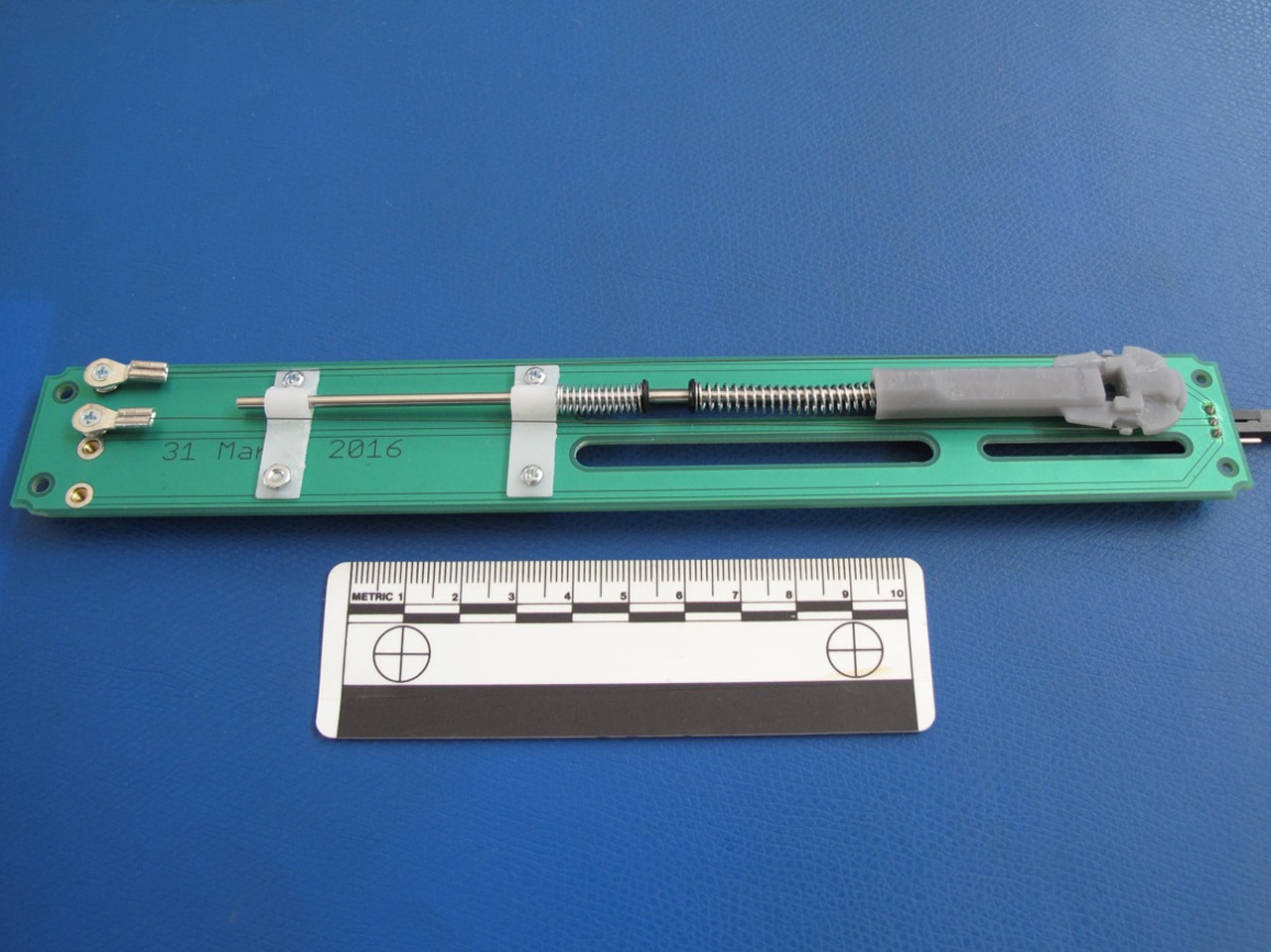 This prototype actuator was designed to provide 24 pounds of force and 3/8" of stroke. There is a U-shaped Nitinol wire actuator on each side of the PCB (only one is currently installed), and they operate on a shared linkage. The SMA wire used here was 0.020"... 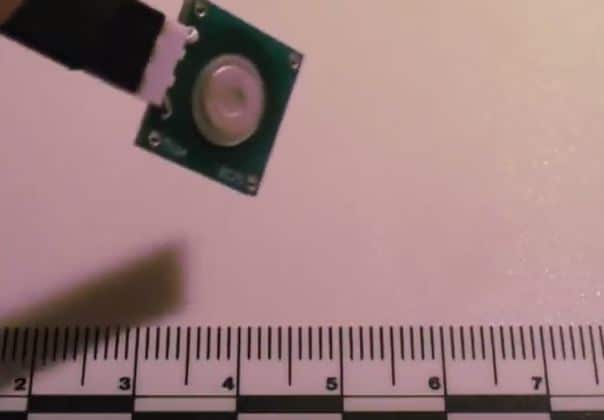 An embedded coil, 12 layer spiral as shown, can be used to move a magnet which could be used to create a very small solid state pump (for air or liquid) or valve system arrays. Using standard printed circuit board (PCB) more than 1,000 of such devices can be printed... 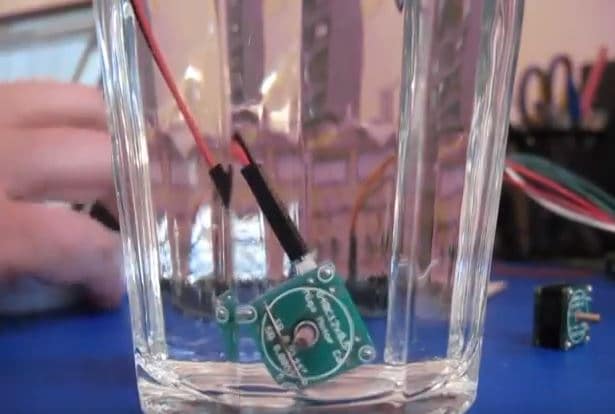 Operating at 1/3 Hz to 3,300 Hz using an H-Bridge driver and an Arduino Uno operating at 12 Volts. This demonstrated the ability to operate in water and shows that the water cools the device enough to operate at high speed and high force. 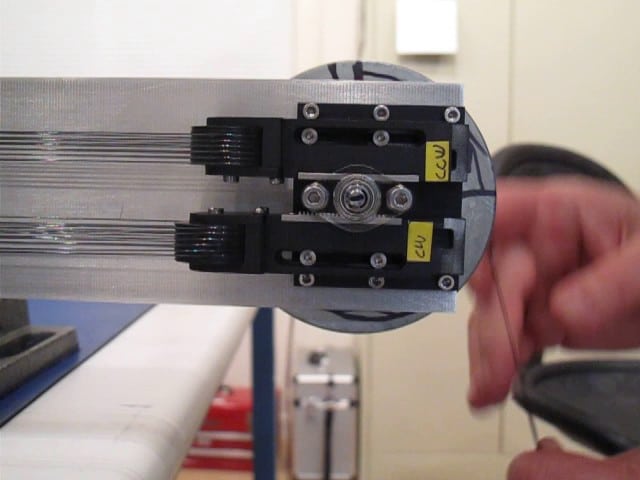 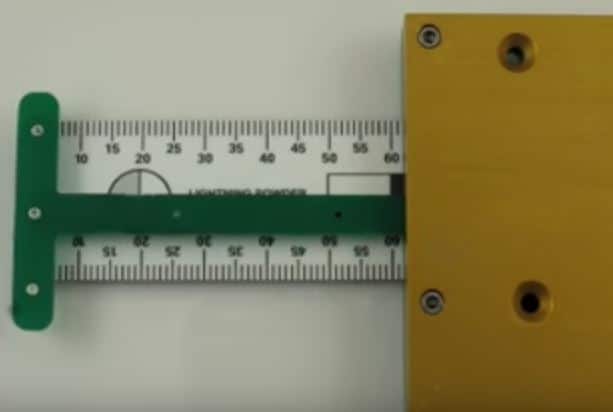 This long stroke, high speed, prototype SMA actuator was designed for Sony to remove DVD's that did not pass quality control from an assembly line. Mineral oil is used in the body of this actuator to enhance cooling of the Nitinol. This actuator features 8" of 0.010"...

This video illustrates how a thin film force sensitive resistor can provide haptic feedback through the use of printed coils and a fixed magnet. 1.5 mm thin printed coils are energized when force in the resistor exceeds a given threshold. That causes the resistor and... 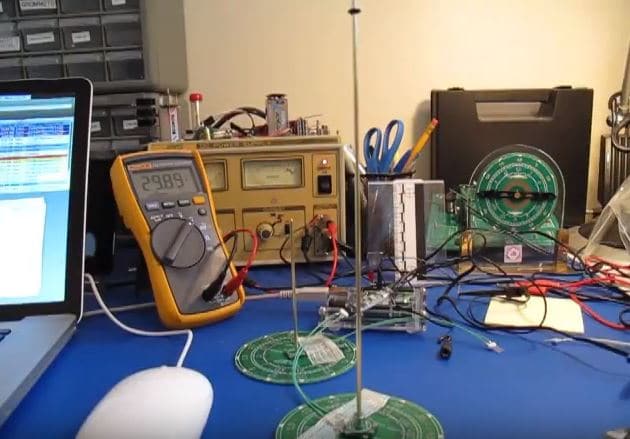 Twelve layer printed coils are used to launch a small Neodymium Iron Borate magnet. We use short 10 ms pulses in the coil at 30 Volts. 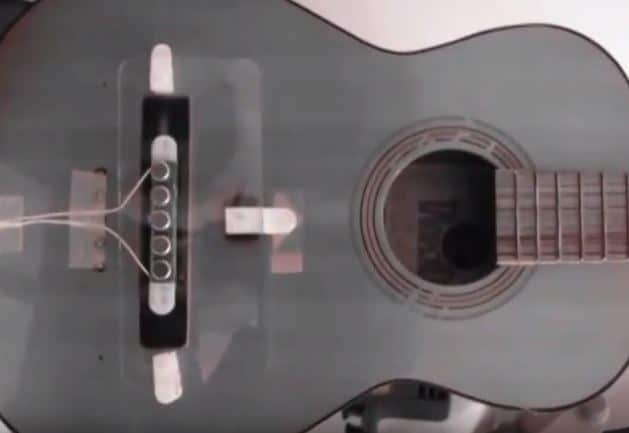 This video shows five printed coils mounted on the tone bridge of a guitar. The audio is actually being played through the speaker coils and magnets are driving the acoustics of the guitar. Essentially this is a self-playing guitar. 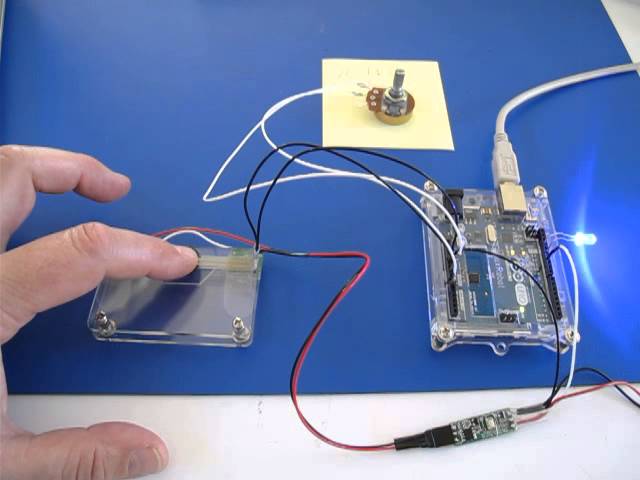