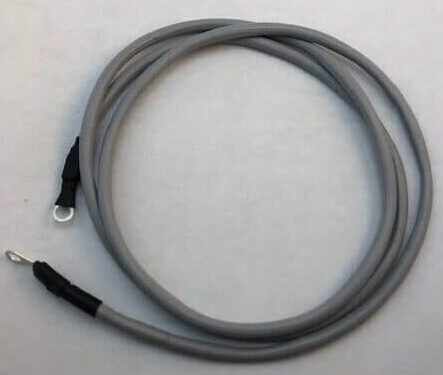 A 0.015″ diameter Flexinol HT wire coated with a 1/8″ diameter proprietary coating to promote fast cooling is energized 15 times with a 500 ms on time and a 2200 ms cooling time. This is 4x faster than the normal cooling time. The wire is 25″ long and is producing 1″ of stroke for a 4% strain.

A nitinol actuator weighing only 0.7 ounces can lift a 7 pound bowling ball; over 150x its own weight. That’s the equivalent of a grown man lifting a loaded cement truck. This actuator is also only slightly thicker than a human hair and thus can fit in almost any space. They thus provide great flexibility in product design.

Nickel-Titanium wire, Nitinol wire, Shape Memory Alloy wire, Flexinol wire, and SmartFlex wire – what’s the difference? Nitinol is an abbreviation for Nickel Titanium. Shape memory alloy is a type of Nitinol that is engineered to have shape memory, as opposed to superelasticity. Flexinol is a trade name of Dynalloy, Inc’s brand of shape memory alloy wire. SmartFlex is a trade name of SAES Group’s brand of shape memory alloy wire.Our Nitinol actuation technology has been widely featured, including at the San Francisco Museum of Modern Art, Consumer Electronics Show, NY & Milan Fashion weeks. As shown on the model below, a nitinol actuator wire assembly created the elegant expansion of the complex wing structure. Learn more here about the Intel Chromat Adrenaline Dress.