We are a U.S. designer and manufacturer of Nitinol Actuator devices. We have been developing Nitinol actuators for over 20 years.

We are dedicated to providing advanced technologies that are lighter, thinner, silent and use less power than traditional motors or solenoids. Our numerous international patents around Nitinol actuators enable us to customize actuators to meet your application requirements.

What’s the difference between Nitinol, Nickel-Titanium, Flexinol and SMA?
Nitinol is another name for the Nickel-Titanium alloy, coined when the alloy was invented at the Naval Ordinance Labs Ni-Ti-NOL. Shape Memory Alloy is a type of Nitinol that exhibits the Shape Memory effect as opposed to the Superelastic effect, which is Nitinol’s other amazing property. If you have eyeglass frames that spring back when sharply bent or stepped on, you’ve seen the Superelastic effect in action. The two-way shape-memory effect is the effect that the material remembers two different shapes: one at low temperatures, and one at high-temperatures. In the case of SMA wire, the wire has a shorter, fatter shape and a longer, skinnier shape. Flexinol is Dynalloy’s trade name for their brand of Shape Memory Alloy Nitinol. Flexinol is the most common brand of nitinol actuator wire.

How powerful are Nitinol Actuators?
An actuator weighing only 0.7 ounces can easily heft a 7 pound bowling ball; almost 160 times it’s own weight. That’s the equivalent of a 200 pound man lifting 32-thousand pounds: the weight of a loaded cement truck!

What provides the motion/force of Nitinol Actuators?
We harness the power of Nickel-Titanium or Flexinol wires that contract when they are heated with electrical current. Because these wires remember their original shape, they are called Memory Metal or Shape Memory Alloy wires.

Why should I use a nitinol actuator instead of a solenoid?
Solenoids are much heavier than our actuators for comparable force output. Solenoids are also ON/OFF devices, and do not have speed, force, or position control; all of which are possible with our Flexinol based devices. Our actuators also produce a constant force throughout the entire stroke, while the output force of a solenoid drops dramatically after the first 10% of motion.

Why should I use a nitinol actuator instead of an electric motor?
Motors are, by design, rotary devices. Translating rotation into linear motion is less efficient than the direct linear motion provided by our actuators, and also requires gearboxes and linkages. Our devices are linear by design and most appropriate for linear motion.

What applications are appropriate for nitinol actuators?
Any application where compact, silent, non-magnetic, electrically driven, high force, linear motion is desired. These applications would include robotics, scientific and laboratory instruments, home and office automation, hobby, automotive, medical, and aerospace.

How long do nitinol actuators take to actuate?
One of our typical actuators actuates in roughly 0.32-seconds when powered with 9 volts. With higher voltages they can operate much more quickly: faster than 50ms at 24 volts. By controlling the power applied to a nitinol actuator, the actuation can be carefully tuned to many specific applications.

How do I operate your nitinol actuators?
Connect a battery or power supply capable of supplying several amps between the actuator ground (black wire) and power line (red wire). It is safest to start with low voltages, and increase the voltage to a level appropriate for the desired speed. Voltages that are too high for the length and diameter of wire are capable of damaging (overheating) the wire, so limit switches or other power cutoff circuitry such as our MADv5 must be used to protect the actuator.

Can I use AC power?
Yes. Either AC or DC power can be used.

Are there stray magnetic fields?
No.

Can nitinol actuators be used in high vacuum or high cleanliness applications?
Yes. Our actuators are constructed entirely out of high strength engineering thermoplastics and stainless steel. Unlike motors or solenoids, no lubricants or greases are used.

How long will nitinol actuators last?
All of our devices are designed for more than 100,000 cycles. When used properly, they will provide millions of cycles of operation.

Do nitinol actuation devices make noise when actuated, the way motors or solenoids do?
No. A phase transition in the nitinol powers the actuators, and occurs without any sound. Compared to “whirring” motors or “clunking” solenoids, our actuators are totally silent: perfect for applications where quiet operation is desired.

What temperature range can the memory metal devices withstand?
The nitinol phase transition begins at roughly 75˚C (167˚F), then needs to cool below roughly 60˚C (140˚F) to return fully to the un-powered position. They can operate even at liquid nitrogen temperatures.

Would you build custom actuators for my application?
Yes. We own patents for many types of nitinol devices, and have a staff of highly experienced engineers. Special products could include: different stroke and force outputs, custom mounting configurations, body materials, colors, and logos, custom output shaft features, vacuum compatibility, etc. Please contact us for additional information. 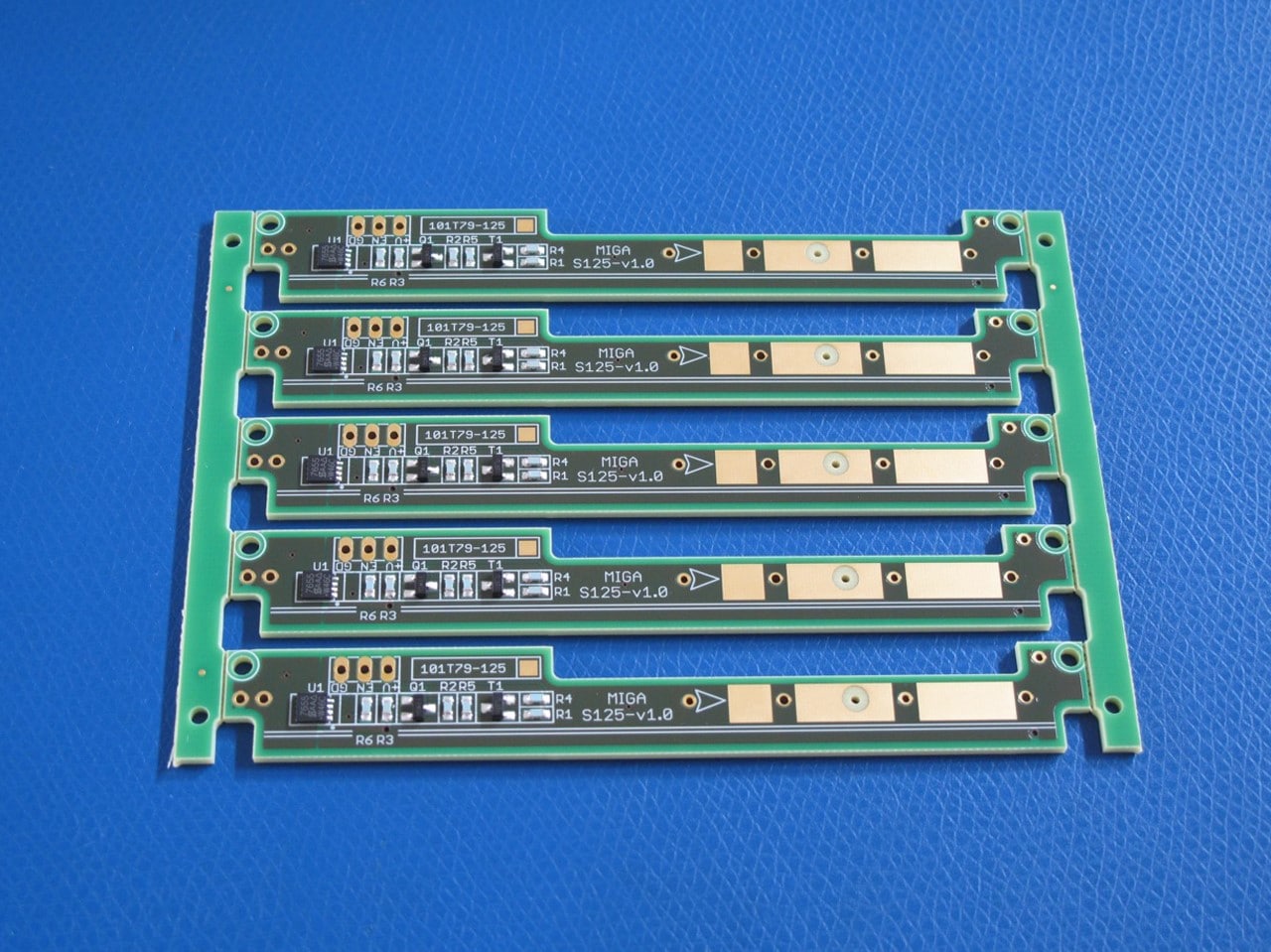